Things to See and Do in Redcar

This is Redcar > Things to See and Do


Redcar is bursting with maritime history and influences from the sea. The oldest surviving lifeboat in the world is displayed in the Zetland Lifeboat Museum found on Redcar’s esplanade. Built in 1802 The Zetland has saved over 500 lives.

A short distance from the town is historic Kirkleatham, home to the Kirkleatham Old Hall Museum and the Sir William Turner Almshouses.

The museum is the principal local and social history museum for the Borough of Redcar and Cleveland.

Just on the edge of the town is Redcar Racecourse, which dates back over 125 years. If you are looking for a day packed with sheer excitement and spectacle, supported by the first class facilities, then look no further. A day at Redcar Racecourse is one that you will remember for a long time. 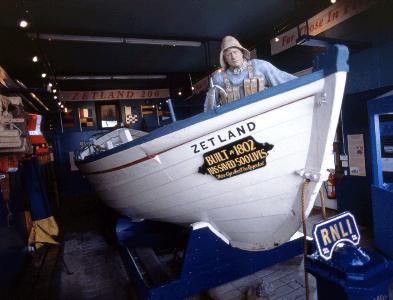 Chris founded the rally school in 1990. It is located in it’s own private grounds and incorporates a purpose built rally stage permanently available for school use and for testing the team’s rally cars. The rally stage is a combination of tight hairpins, fast straights, crests and medium corners, designed to copy the surface and […]

Experience the underground world of Clevelands ironstone mining past on the site of Loftus mine, this museum offers an exciting and authentic underground experience. The Museum offers visitors an opportunity to discover the skills and customs that built Cleveland’s Ironstone heritage and that helped make Cleveland the most important ironstone mining area in Victorian and Edwardian England. […]

The remains of a priory founded by Robert de Brus in AD1119 for Augustinian canons. One of the greatest monasteries in the North East, it was the 4th richest house in the county at its suppression in 1540. The Priory of St Mary of Gisborough was one of the earliest houses of the Augustinian order […]

Guisborough Forest & Walkway is situated in Pinchinthorpe on the outskirts of Guisborough at the northern end of the A173. It extends for 2.5 miles along part of the route followed by the old Guisborough Branch Railway line, heading west towards Nunthorpe, and east to Guisborough Forest, which is managed by Forest Enterprise. It is […]

This is a small volunteer-run museum showing the social, agricultural and commercial history of Guisborough. The museum displays a wealth of artefacts and photographs unique to the town and its people. Displays include a wealth of artefacts and photographs, depicting the town’s history. Larger exhibits include an elegant Victorian parlour, the interior of a chemist’s […]

Kirkleatham Museum is the local history museum for the Borough of Redcar & Cleveland. Entrance to the museum is free and the shop sales counter sells souvenirs, books, postcards and gifts. The Museum has a changing programme of art and education exhibition as well as a playground, owl centre, garden nursery, sensory garden and cafeteria. […]

Kirkleatham Owl Centre is home to one of the U.K.’s largest collection of owls. Over 100 birds are on display and weather permitting there are free flying displays every day throughout the season. Meet the baby owls and baby vultures are the highlights of the day, usually around midday. Please telephone for further details. Located […]

Mungle Jungle is an educational funworld for 10 years olds & under. This fully heated and enclosed facility provides a large variety of children’s activities which include a bouncy castle, ball pools, slides, cargo nets and much more. There is a cafe area where you can sit and enjoy a light snack whilst watching your […]

FAMILIES are being urged to plan ahead – and get ready to don their trainers in the Redcar family Fun Run. Mums, dads and children of all ages are invited to stretch their legs and improve their fitness in the 3km fun run while up to 2,000 others take part in the Redcar Half Marathon. The […]

The unique atmosphere created at Redcar racecourse, coupled with the excellent facilities, guarantees that you will have a truly memorable day out. Redcar Racecourse, affectionately known as the ‘Seaside Racecourse’ hosts 19 days of action-packed racing from April to October. Racing has taken place at Redcar for many years – originally on the sands of Coatham – […]

Small 1 screen cinema running classics and big blockbuster movies. Run by genuine film fans. Excellent prices on food and drink mean you don’t have to break the bank to enjoy a night out at the movies.       What’s On: RIO (3D) FROM FRIDAY 15th APRIL FOR TWELVE DAYS DAILY AT 2.00pm & […]

The Museum houses the worlds oldest lifeboat The Zetland. Built in 1802 by Henry Greathead as The Original, The Zetland has saved over 500 lives. Other displays include replica fishermens cottage, gallery and local maritime history. The Zetland was a clinker-built, double-ended rowing boat requiring a crew of 13-20 to power her. Crewed by the fishermen […]

Roseberry Topping is a distinctive hill on the border between North Yorkshire and the borough of Redcar and Cleveland, of which it has long been a symbol. Its summit has a distinctive half-cone shape with a jagged cliff, which has led to many comparisons with the much higher Matterhorn in Switzerland. At 1049 ft (320 […]

The cliff lift at Saltburn has been in place in its present form since 1884, after the previous lift, built in 1873, was condemned. Opened on 28 June 1884, this is the oldest remaining water-balanced cliff lift in Britain. Height of the lift 120ft, length of track 207ft. Give or take a few modernisations here […]

Saltburn Miniature Railway takes a pride in ensuring that passengers have a safe and enjoyable journey. A 15″ gauge miniature railway running from the seafront to the Valley Gardens, Italian Gardens, Tea Lawn and Woodland Centre. The railway was first established in 1947, whilst the locomotive ‘Prince Charles’ was later introduced in 1953. It was […]

The award wining Saltburn Smugglers is set in ancient fishermens cottages, which skillfully blends costumed characters with authentic sounds and smells. Follow the story of John Andrew King of the Smugglers who found himself at the centre of the illicit trade 200 years ago. Located in a series of small buildings next door to the […]

Fully restored water-driven corn mill and Grade II Listed building. One of the most complete mills in the country with 4 floors of original machinery. The mill has an 18ft diameter waterwheel, 3 pairs of millstones, grain cleaner, flour dresser and 2 elevators. There is also a collection of milling artefacts from other sites. The […]

Discover history and heritage at Winkies Castle Folk Museum. Founded by local cobbler Jack Anderson in 1975 and bequeathed to Redcar & Cleveland Borough Council on his death in 2001. It was proudly re-opened by his nephew Ian Anderson, President of the “Friends of Winkies Castle” on Yorkshire Day, 1st August 2005. Winkies Castle is […]